arius has always been an entrepreneur starting at the young age of 7 when he started cutting lawns. After Graduate school and becoming a father of twin daughter, work stability became important and he took a full-time job in high tech computer software. Starting as a computer programmer his entrepreneurial

drive allowed him to quickly move up the ranks and offered an opportunity to move from Delaware to open and become Director of a branch office in San Diego.

His love and appreciation of wine quickly grew as he and his wife Lisa would visit wine regions around the state and the thought of opening his own winery grew for many years. Having come out of a research and production background, he gained a lot of wine knowledge over the years and learned a lot about wine through “sampling”.

Beginning in 2012 life began to change with a corporate restructure, his daughters leaving home to attend college and suffering from a stroke. A “life is short” realization began to form pushing him to seek a purpose that was greater than the paycheck. This started him on the path of self-realization and seeking life balance.

In collaboration with his wife Lisa, they decided to open a winery in their local community. They wanted to establish a relaxing place where people can come, sit back and relax of a glass of wine. He attributes his stroke to harboring too much stress and it is his mission to spread the word about stress and help people unwind.

After working in high technology for so many years, he shies away from electronics and social media preferring to have direct communications with others, often over a glass of wine. He has a love of writing and writes weekly blogs ranging from wine production, grapes and philosophy all in the vein of educating and helping others.

His passion for community blended with winemaking and sharing sets up a great place where people can come and “Uncork, Sip Back and Relax.”

P.S. He is not very skilled in remembering faces so don’t be put off if he can’t remember your name. 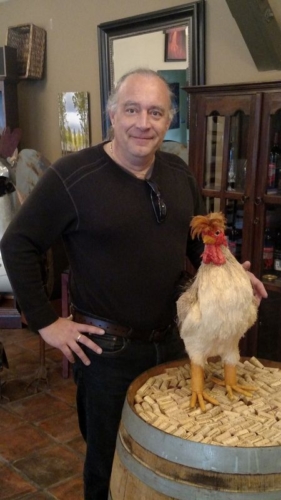 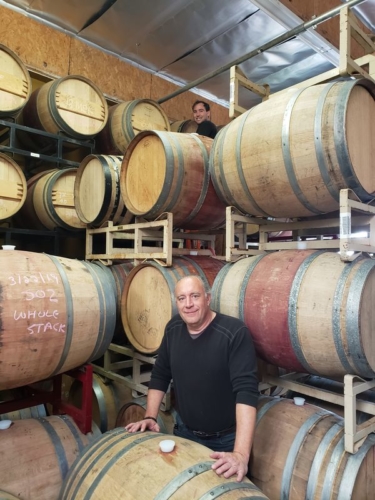 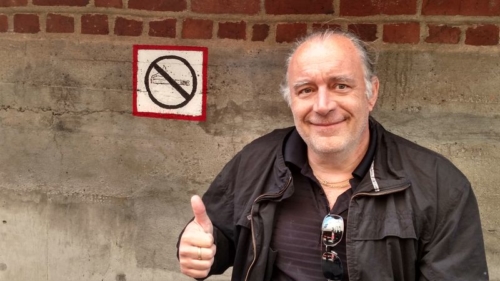 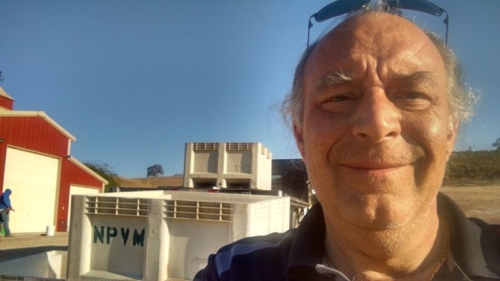