Get The Franc Out!

HomeGet The Franc Out! 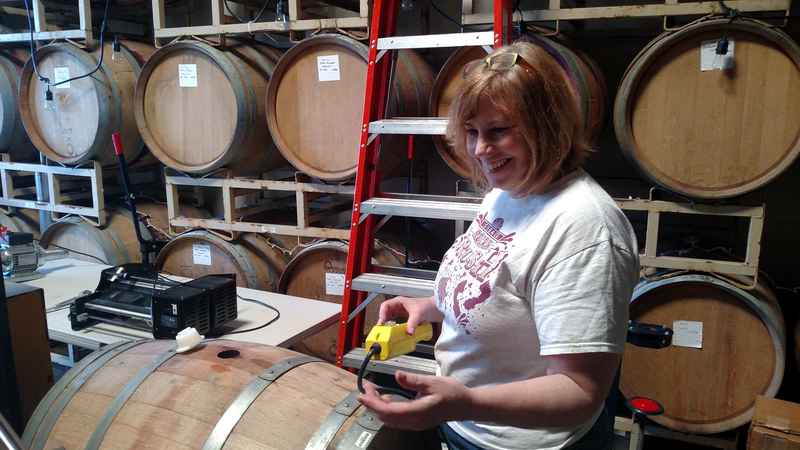 Pre-dawn one cold morning last November, Steve and I were standing in the Camp Four vineyard in Santa Ynez staring at 12 macro bins heaping with Cabernet Franc grapes. I was contracted for 12,000 pounds but what stood before us was a whole lot more.  We loaded the trailer and it groaned and complained but we were on the road, at least for a little while.

We traveled a few miles and then pulled into a gas station to fill up. Much to our dismay, the wheels on the trailer were all crooked and were noticeably overloaded. In a panic, I called a fellow winemaker whose winery was just a few miles away. In desperation, I asked him to unload some fruit and have it shipped to San Diego the next day. He obliged, shipped it the next day and I am forever thankful. We would have never made it home with that load.

So that is the history of the 2017 Cabernet Franc at Koi Zen, but the true history of the Franc is very interesting, at least if you are into romance novels. You see, Cab Franc is a very old varietal and has gotten around and been getting busy with other varietals.

Many moons ago, Cabernet Franc had a date with Sauvignon Blanc, the parents didn’t approve, but they were grafted together and had a baby – Cabernet Sauvignon, the King of all grape varietals.

But that’s not all, Cab Franc also hooked up with Magdeleine Noire De Charentes on a brisk fall morning and produced Merlot. And also got busy with Gros Cabernet and ended up producing Carmener.

Not bad for old Franc!

Getting serious now, our first bottling run of Cabernet Franc has unfortunately sold out, however, we have more in barrel which will be bottled soon. Just so you guys don’t go all crazy on me, we will be serving Cab Franc directly from the barrel. You can fill your glass or BYOB and take some home. Now if you do BYOB, please remove the label and make sure the inside is clean and dry.

We are also excited to announce a collaboration between a Local Grower, the San Diego Humane Society and Koi Zen Cellars. In 2017 a local grower asked me to process his fruit into wine. He took half and I kept half. Wanting to do something special, we have decided to donate 20% of all sales of this wine to the San Diego Humane Society. It’s a great cause, so please did deep and help the little critters out.

Be on the lookout for more shenanigans of Cab Franc soon.

* Due to COVID-19 ALL Private Events Are Suspended