Is it a Hangover or an Intolerance?

HomeIs it a Hangover or an Intolerance? 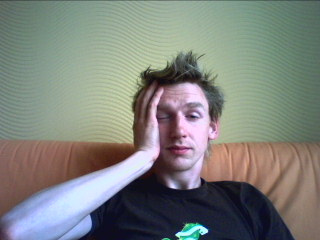 Is your aching head caused by a hangover or intolerance to wine?

When the body consumes too much alcohol it often starts complaining the next day. We all know the symptoms: headache, nausea, dazed and confused. Ethanol has a dehydrating effect caused by increase urine production causing thirst (grab another beer – not) and an electrolyte imbalance. So if you indulge, drink lots and lots of water during your binge. It is estimated that 75% of all Americans suffer from chronic dehydration – so if it isn’t clear then drink more water.

But for some people, a single glass or sip of wine can cause all kinds of symptoms such as headache, fatigue, depression, body aches, nausea, congestion, chest tightness, skin flushing and rashes. So this isn’t a hangover.

People have blamed sulfites, tannins, and histamines, but who really knows?

Well according to Dr. Mark Force who owns a clinical nutrition practices, has been performing clinical studies for over 10 years and thinks he has the answer(s).

Dr. Force has identified different common triggers in wine such as sulfites, prostaglandins, tannins, histamines, tyramine, congeners, and aldehydes. He further concludes that these triggers are often found in the environment. This includes the things we eat and air we breathe.

If you are sensitive to histamine, you will react to them regardless of if you drink wine, eat foods high in histamine or breathe pollen.  Intolerance to histamines in the gut is commonly diagnosed as Irritable Bowel Syndrome.

According to Dr. Force, if you are sensitive to phenols – includes tannins – you might be misdiagnosed as having fibromyalgia or having chronic fatigue syndrome.

Maybe It’s Not a Hangover:

A German study in 2012 found that approximately 9% of women and 5% of men have wine intolerance. According to Dr. Force – in the US the figures are higher at 12% for women and 8% for men due to a higher baseline exposure to man-made chemicals in our food and the environment.

So instead of grabbing the aspirin, maybe you need a multivitamin instead; who knows?