What’s In the Bottle? 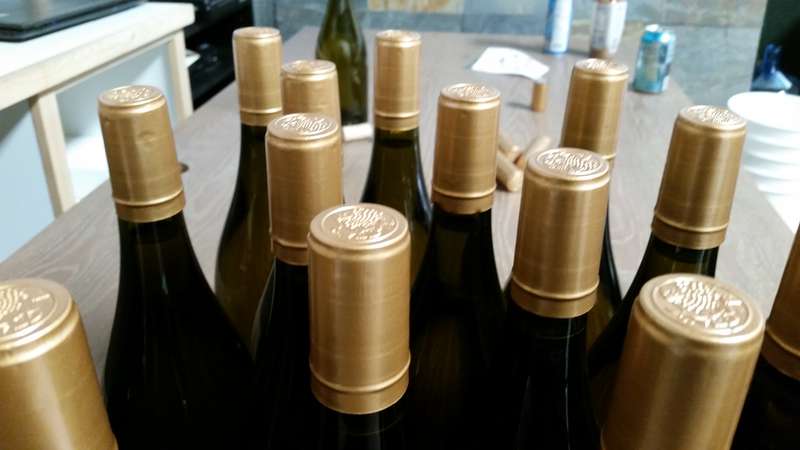 ast week we talked about barrels, but what about bottles?

Starting about 6,000 BCE large earthenware containers called “kvevri” were used in the country of Georgia; they were coated with beeswax were used for both the fermentation and storage of wine. The Egyptians improved the kvevri by adding handles to allow for the safe transport of wine called amphoras.

The amphoras were made in all different sizes however all had two handles and a long skinny neck to reduce exposure to oxygen and prolong the shelf life of the wine. During the height of the Greek and Roman empires, cork was introduced as a closure replacing the original clay stoppers.

During the ancient nation of Gaul (covered most of France and Switzerland and parts of adjacent territories) is responsible for the innovation of using wooden barrels. Wooden barrels had the advantage of maneuverability, strength, and resistance to cracking.

With the invention of the coal furnace in the 1600s, glass bottles became more popular to store finished wine. The furnace allowed the glass to be made much thicker and safer to transport the wine. The wine was and is still aged in barrels, but transferred to individual bottles for sale and consumption. As Koi Zen, we are just entering another round of bottling for our remaining 2016 and some of our 2017 wines.

Today, a typical wine bottle is made up of 15-50% recycled glass and often has a green tint. The green tint helps to block harmful sunlight which can destroy the wine (so don’t store your wine in direct sunlight). Clear bottles are often used for whites to show the color, however, clear glass needs more UV protection.

Today there are 3 primary wine bottle shapes and almost universally they are all 750ml in size. The bottles with straight sides and abrupt shoulders originated in Bordeaux and are often called Clarets. In Burgundy, the sloped shoulder bottles were produced and are as you guessed, called Burgundy bottles. In Germany, the Hock bottle is popular which is a cross between a Claret and Burgundy bottle and is often taller and slimmer

It is estimated that there are over 31.4 Billion bottles of wine produced per year worldwide. At Koi Zen, we are a very small producer producing only about 42,000 bottles per year. As a fun experiment, we are going to try a “BYOB” program, where we tap some of our most exclusive wines directly from the barrel by the glass and by your BYOB. We are still getting set up, but hopefully, by next week we will be up and running and you don’t want to miss these wines! So be on the lookout for the announcement, because once it is gone, it is gone and it will go very fast!